Leo van Bergen (Venlo, The Netherlands, 1959) studied history at the Catholic University Nijmegen (now: Radboud University) from 1977 to 1985. His main research topic was the history of war and peace. His thesis on the influence of the British-Indian non-violent decolonisation movement on the Netherlands and Dutch-East India/Indonesia, was published. At the end of the 1980’s an interest into the history of medicine was added. The combination proved to be fruitful. A number of books and articles on the history of the relation between war and medicine appeared. His PhD (Erasmus University, Rotterdam, 1994) on the history of th 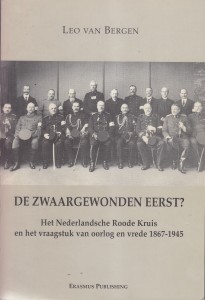 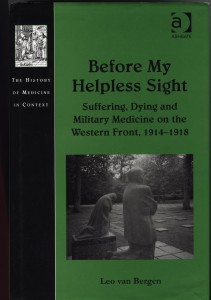 After in 1999 having written a report on aid by NGO’s to returning war victims in the years after the Second World War, U wordt door iemand verwacht (You are expected by someone) in February 2000 Van Bergen got a job as university teacher and medical history researcher at the department of Metamedica (Medical Humanities) of the VU-university medical center Amsterdam.
His main task was to write a report on the introduction of coronary care units in the Netherlands in the years 1965-1975. It resulted in the conclusion that this – quick and massive – introduction had taken place without any real proof CCU’s would be effective in lowering death by coronary disease, the reason o 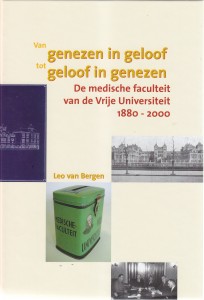 f its introduction. The essence of the project, ended in July 2001, was to throw a light on the proces leading to the introduction of expensive medical innovations and to scetch the role different actors had played (industry, politics, doctors, patients). It also led to a book on the international discussion concerning coronary care units in that same period. (For the text see books and articles on the internet.)
After finishing the coronary care unit-project Van Bergen’s appointment was continued in order to write the history of the VU-university medical faculty from the beginning of the protestant university in 1880 up until 2000, the year in which faculty and academic hospital became one. His research mainly focused on the discussion on religion and (medical) science. It resulted in 2005 in the bulky Van Genezen in Geloof tot Geloof in Genezen (From healing in believing to believing in healing).